Lavender in Provence. Your Questions Answered

Lavender in Provence is almost as famous as the Eiffel Tower in Paris, and many people visit each year hoping to catch a glimpse of the stunning landscapes found when this gorgeous purple plant is in full bloom. What many don’t realise is that you have a short season to see it. June and July are usually the best times, and possibly August if the weather has been poor and the harvest is late.

Personally, it would be June for me. That’s mainly because I don’t like the crowds that descend in high summer, choosing back roads as a preference and enjoying the pleasures that driving in France offers. I’d much rather saunter than than fight with tourism in a hot car. It’s worth remembering that the temperatures in this part of France can get extremely high, while late spring seems just perfect.

Where to Find Lavender in Provence 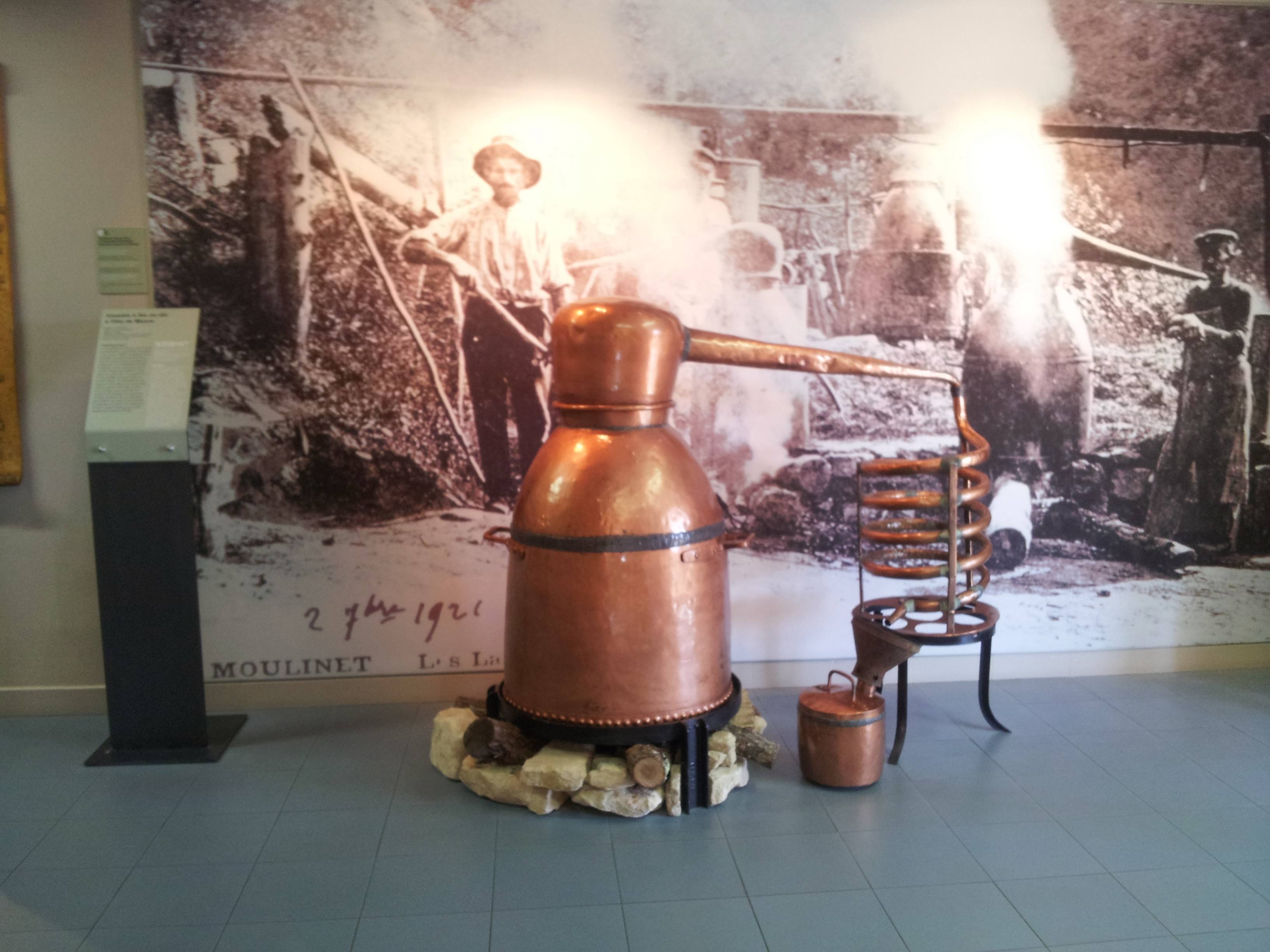 When we were last in Provence, we visited the Musée de la Lavande at Coustellet. It was September so the harvest was long gone but none the less, we were able to enjoy learning about the history of lavender production in Provence. It was also interesting to see the tools and machinery that have been used for many years.

You may think that this is not a place for children, but Lola was three at the time and she loved it. They have an area specifically for the little ones,  and we also received a free jigsaw which she was very pleased with!

This museum is sister to the Château de Bois, a family farm set high in the village of Lagarde d’Apt, in the Vaucluse dept. It’s a little settlement with a population of perhaps thirty. Their farm can be found high in the Albion highlands at 1,100 metres altitude, and it is positioned between the magnificent Luberons and Mont Ventoux, penned the Giant of Provence.

We didn’t make it across to that corner on this particular day, but it is certainly on the list to go to next time… after all I have a plan to write a children’s book about searching for Lavender in Provence. It would all be in the name of research!

The lavender grown at Château de Bois accounts for 10% of all French production, and I can’t help but think that  the clarity of light and clear air in the South of France is a strong contributor to the quality and quantities produced. It seems that this lack of pollution only enhances  the ninety hectares of true lavender, or “population lavender” they grow. Their 300-hectare property is on a huge scale, and the fields are rotated every ten years with the plants being burnt off to start afresh in each cycle. I think that if you have the chance, driving high up to the highlands would be well worth the trip. You’d certainly be rewarded with fabulous, breathtaking views.

Musée de la Lavande (Lavender Museum), Coustellet. How to Get There

As mentioned earlier, the museum in Coustellet is a great place to learn more about Lavender. It lies about fifteen minutes north-east of Cavaillon, a large town which famously lends it name to melons. As an aside, one of the great things about driving here is that you’ll see local growers selling these huge sweet fruits on the roadside throughout Provence along with other delicious produce. Don’t think twice – just stop to buy some!

Anyway, back to the route.  Take the D15  out of Cavaillon, then the D900 which passes through Coustellet. You may not know when you arrive at your destination because it is little more than a crossroads, but there is a sign for the museum on the junction where you will turn left. The museum is around one hundred metres up on the right hand side; there is plenty of parking and good facilities.

It’s worth noting that the museum and the farm are found in different departments. The museum is in the Bouches-du-Rhone department, but the farm over at Lagarde d’Apt is in the Alpes-de-Haute-Provence.

As with the rest of the Provence, and in fact France, the scenery rolls ahead as you drive. Frequently, you come across little towns which make you want to return again and again. In fact, as I write I have a little smile creeping across my face as I remember the empty open roads and the smiling locals taking life a moment at a time.

Other Locations to Explore in Search of Lavender in Provence

The reason I was heading east from our base at Fontvieille towards Cavaillon was because I had researched the Plateau de Valensole, hoping to catch some late lavender remaining unharvested. I would suggest that you simply drive to that region at the right time of year and you will get what you are looking for.

Personally, I was on a mission to find lavender for my father because he had never seen the iconic scenes despite being a frequent visitor to France.  I write more about this in my book Clancy Goes To France if you’re interested, but if not I do hope this article has provided you with a little inspiration as well as useful information for you to embark on your own quest to find Lavender in Provence. 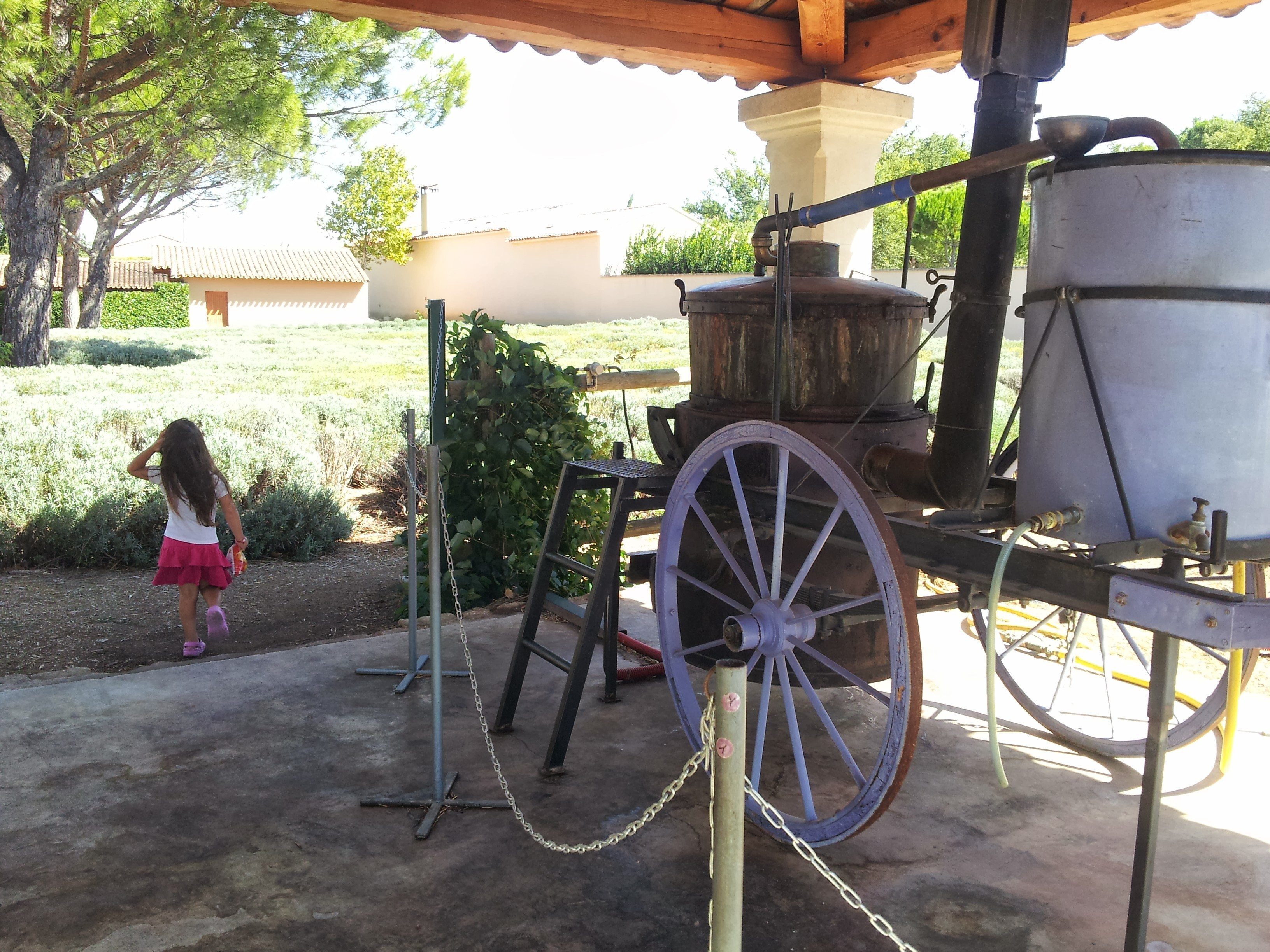 Imagine seeing this out in the lavender fields in France!